Let's Take the "Micro" Out of "Micro VC" 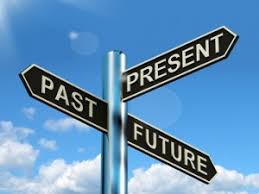 I've rather quickly come to the realization that I hate the term "micro vc".  Using the term "micro" assumes that a "micro vc" is something less than a "regular" vc firm.  And if so, what is a "regular vc" firm?  If what the industry is really trying to say is that these funds are seed or early stage oriented, why don't we simply call them a seed fund or an early stage venture capital firm?  I think it's clear though that the "micro" is meant to signify how big the fund is.  Let's just assume that this is the case.

A more recent example is Fred Wilson raising $125M for Union Square Ventures I in 2004.  Fred at USV and Brad Feld at Foundry Group (which raised $223M for its first Foundry Group fund in 2007) are two prime examples of the fathers of a new era in the venture industry, where small fund sizes and tightly knit partnerships are remarkably similar to those funds formed at the industry's inception.


Unless we're assuming that today's "micro VC" funds are something less than a "regular" venture capital firm, which some may argue is true, I think the moniker of "micro" should go away.  If you're an LP and contemplating an investment in a venture capital fund of $100 million in fund size or less and the GPs of this fund take board seats, add value to their portfolio companies and entrepreneurs and are fiduciaries seeking to maximize shareholder value for their limited partners, they are venture capitalists and not "micro" venture capitalists.  This investment model is precisely the same as that blazed by the first venture capitalists of the 1960s and 1970s.


There inevitably will be certain funds that are raised in the coming years by entrepreneur #[fill in the blank] who leaves Google, Facebook, LinkedIn, etc. and has enough capital to become an angel investor, but at the point this person decides to manage other peoples' money (OPM), they are now a fiduciary and should be called a venture capitalist.  Some will be good and some will be less good, but they're still venture capitalists, not micro venture capitalists.


If all of the public proponents of small fund sizes (e.g., Kauffman Foundation, SVB, etc.) are correct that small fund sizes can drive disproportionate value for LPs, let's simply call these institutionalized seed/early stage funds of $100 million or less, "venture capital firms".  If we need to bucket them in our endowment models or need to stereotype with the buzz word of the day, why not just call them "old school" venture capital firms.  If nothing else, let's just not call them "micro" vc funds anymore...!
Posted by Trey Hart at 7:49 AM No comments: