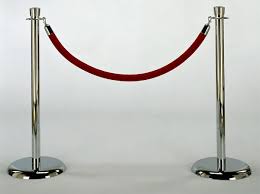 With the slew of small seed funds cropping up in the market in the last two years, I think that the biggest differentiation between these funds is the combination of both access to the best seed deals as well as as owning as much ownership in these companies as possible.  This sounds like an achievable and readily apparent feat, but it is rather difficult given the current investment environment.  The first seed funds to appear in the industry who figured out how to disrupt the seed stage and offer entrepreneurs something the larger life-cycle funds didn't have a recipe for (e.g., First Round, Baseline and Floodgate) had fewer barriers in getting access to the best deals and owning as much as they could in these companies because the small fund wave hadn't appeared on the horizon yet.  Access in any venture capital fund is the greatest differentiator between the haves and have nots.  At face value, anyone can tell if a fund has good access by taking a spin through an early stage VC firm's website.

This is all well and good, but unless you're investing in a very small fund ($10-30M), owning a small piece of a big winner won't return a Facebook-like multiple back to LPs.  The seed funding market continues to exist in a state of "coopetition" where seed investors rarely if ever single-hand a deal and always syndicate initial investment rounds.  This cooperation part of the market either forces seed funds to take smaller allocations in a round or companies are required to raise larger rounds to accommodate the 2-3 hands around the table.  Writing $125-250k checks out of a $40-50M fund size makes it incredibly difficult to finance a fund-returner  (even assuming reserves), unless that company returns a 100x on a $500k investment (assuming a $50M fund size).  Seed funds that move slightly up market in size are going to have to find a way to have sharper elbows at the table without pissing off their co-investor friends and sources of collaborative dealflow, while also finding opportunities to own 7-10% of these companies at inception with an expected 5% terminal ownership at exit.

This sounds easier said than done, but it will be interesting to watch the seed fund space evolve in the next 3-4 years as the top seed managers have scaled up their fund sizes, in part as recognition of this very fact.  I think the seed space is the most honest part of the market today given this "coopetition" environment, but this model largely hasn't been deployed yet as many of these top seed managers have only recently scaled their fund sizes and began to reserve more heavily.
Posted by Trey Hart at 6:44 PM