Is Mauritius the Death Star for Indian Venture Capital?

Ever heard of Mauritius?  Probably not.  It's a tiny island 2,500 miles from India located off the coast of Madagascar in the Indian Ocean, which serves as one of the largest tax havens for Indian-based companies and foreign private equity and venture capital firms investing in India.

Since 1983 India and Mauritius have had a tax treaty that permits non-residents to forego capital gains taxes on the sale of Mauritius-based companies doing business in India.  In addition, Mauritius levies no local tax on such gains, allowing Mauritius residents to avoid the approximately 10-42% capital gains tax applicable in India on the sale of securities.  Sounds like a great deal, and it has been for decades.  In fact, over 40% of India's foreign direct investment (FDI) comes from Mauritius, a tiny country of 1.3 million people.

This very favorable tax treaty was recently thrown into the spotlight when British multinational Vodafone paid $5 billion for a stake in the communications divisions of Indian conglomerate Essar Group.  The purchase took place more than five years ago and involved several court orders with billions of potential tax dollars at stake.  Ultimately, in January of 2012, a Mumbai high court ruled that because Essar Group was a Mauritius-based company doing business in India, Vodafone did not have to pay any capital gains taxes on the acquisition.

As a result, the Indian Finance Ministry and Securities Exchange Board of India (SEBI) are taking a harder look at the legitimacy of certain Mauritius-based companies doing business in India, and are requiring Mauritius tax residency certificates proving that a company has a business in Mauritius with bona fide employees. 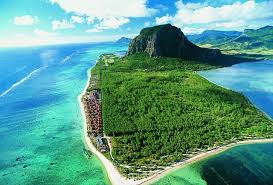 This is making it increasingly more difficult for venture capital and private equity firms to invest within India as the India-Mauritius treaty requires that a Mauritius-based venture capital fund have at least two directors domiciled in the country (or be there at least 183 days of the year).

Now don't get me wrong, being a venture capitalists investing in India and living in Mauritius (pictured to the left) sounds quite glamorous.  However, as an LP in an India-focused venture capital firm, I don't think I want any investment professional sourcing deals from the beautiful shores of the Indian Ocean.  This new bona fide domicile requirement is going to hit smaller firms with a smaller partnership. Moreover, this domicile requirement will also make it harder for smaller teams to execute cross-border investment strategies focused on the U.S. and Indian markets as two GPs will now need to also split their time with Mauritius beach-combing duties. I fear that this may significantly dampen the inflows of venture capital limited partner commitments to India.  This will be an interesting development to continue to closely monitor and should be top of mind when evaluating prospective managers in India.
Posted by Trey Hart at 11:50 AM